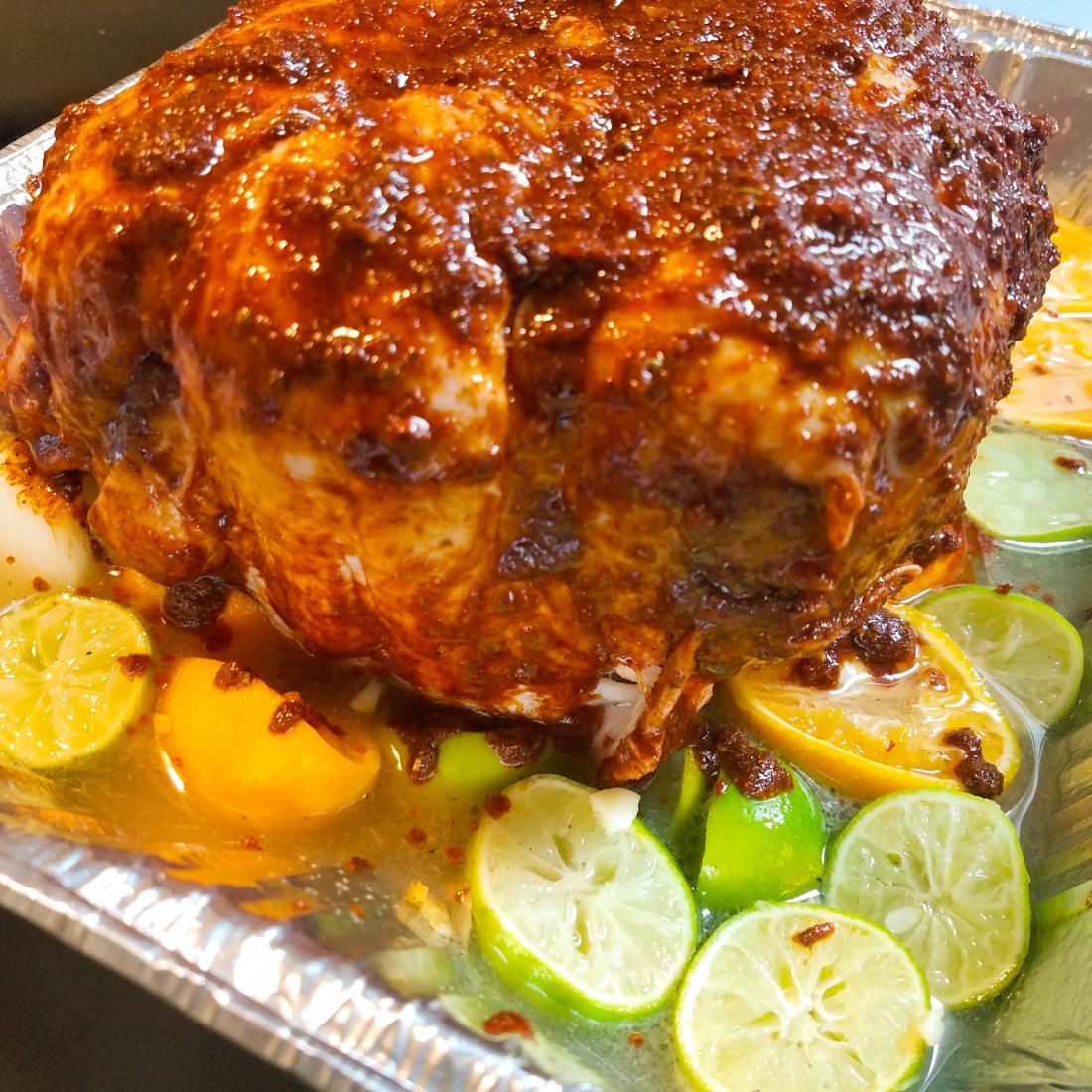 One of my favorite ways to marinate turkey breast is with citrus. I’ve learned that you can somewhat replicate sour oranges (often used in Cuban mojos) by combining the juice from regular oranges and limes. 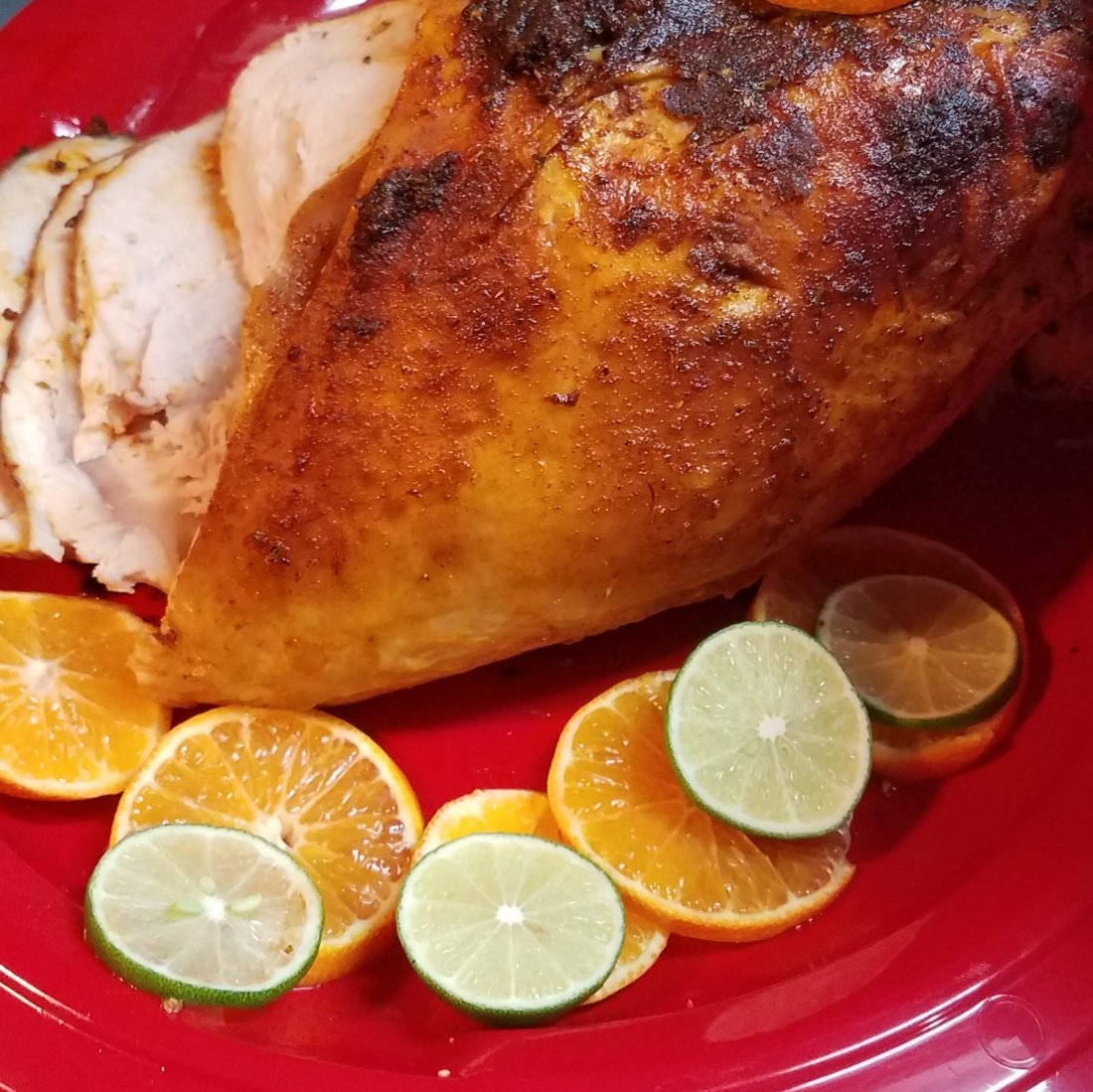 This time, I actually used about 7 clementines and 8 key limes. I mixed that juice with a bit of olive oil (maybe a fourth of a cup,) about a tablespoon of chopped ginger root, a couple cloves of smashes garlic, teaspoon black pepper, and a teaspoon kosher salt. I poured that whole mixture over a double bagged 5 pound turkey breast and let it marinate for about 45 minutes in the refrigerator. 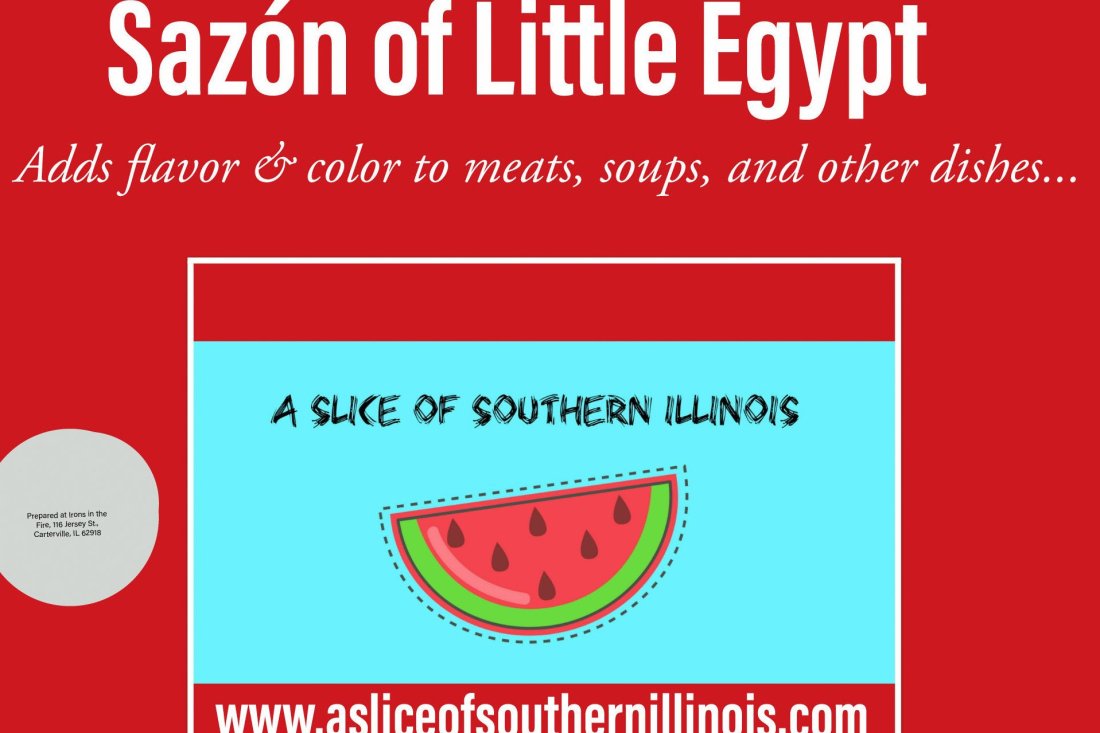 Then I mixed some of my Sazón of Little Egypt with a bit of brown sugar and black pepper and added enough olive oil to form a paste. I made a rack for the turkey breast with the squeezed lime and orange halves after filling the cavity with a cut up onion, a couple smashed garlic cloves, and a few of the citrus halves. Then I placed the turkey breast on the makeshift rack, cavity side down, and drizzled it with olive oil. I used a silicone brush to paint on the sazón paste mixture before pouring the remaining marinade in the bottom of the pain for some moisture. Next, it went into the oven for a couple hours at 350 degrees Farenheit until it reached an internal temperature of 165 degrees Fahrenheit. I believe it would have been fine at a slightly higher temp for a crisper skin because all of the marinade did a great job of tenderizing.

I think any leftovers might be good with some avocado and crostini…or maybe in a salad? Then again, some toasted bread, cheddar cheese, and sandwich fixings sound pretty good too… Since this is Illinois, a horseshoe made with with turkey over a pile a fries smothered in cheesy goodness would also work.

Basting & waiting for the Citrus & Sazón Turkey Breast to be done… Did you know that you should soon be able to purchase my homemade Sazón of Little Egypt spice blend locally? It adds flavor and color to meat, soups, sides, popcorn, and can even be added to cream cheese with a bit of honey or sugar for a super-quick and tasty dip 😀 Stay tuned… #thanksgiving #blessed #thankful #asliceofsouthernillinois #tastesofsouthernillinois #sazónoflittleegypt #citrus #sazon #turkey #flavortown