The first Saturday in September was a bit warm and humid, but still a pretty nice day at the Du Quoin State Fair. I spent quite a bit of time in the Exhibit Hall looking at the different entries from all over Southern Illinois–produce, quilts, artwork, photography, cakes, and pies. 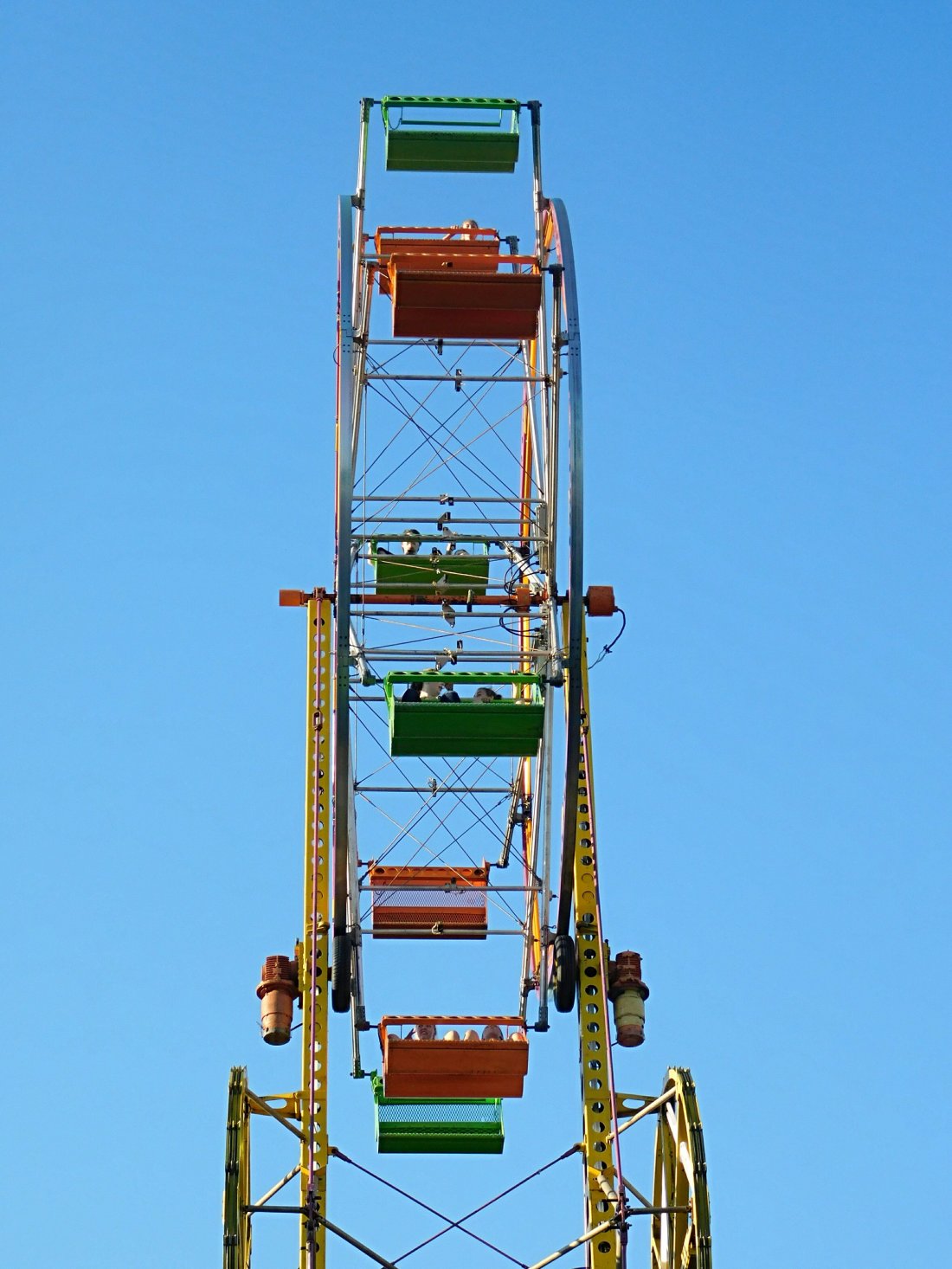 I spent even more time checking out all of the yummy things made in Southern Illinois and enjoyed meeting and talking with so many of the people and their products. Did you know that there is a Wabash Valley Wine Trail? Road Trip! 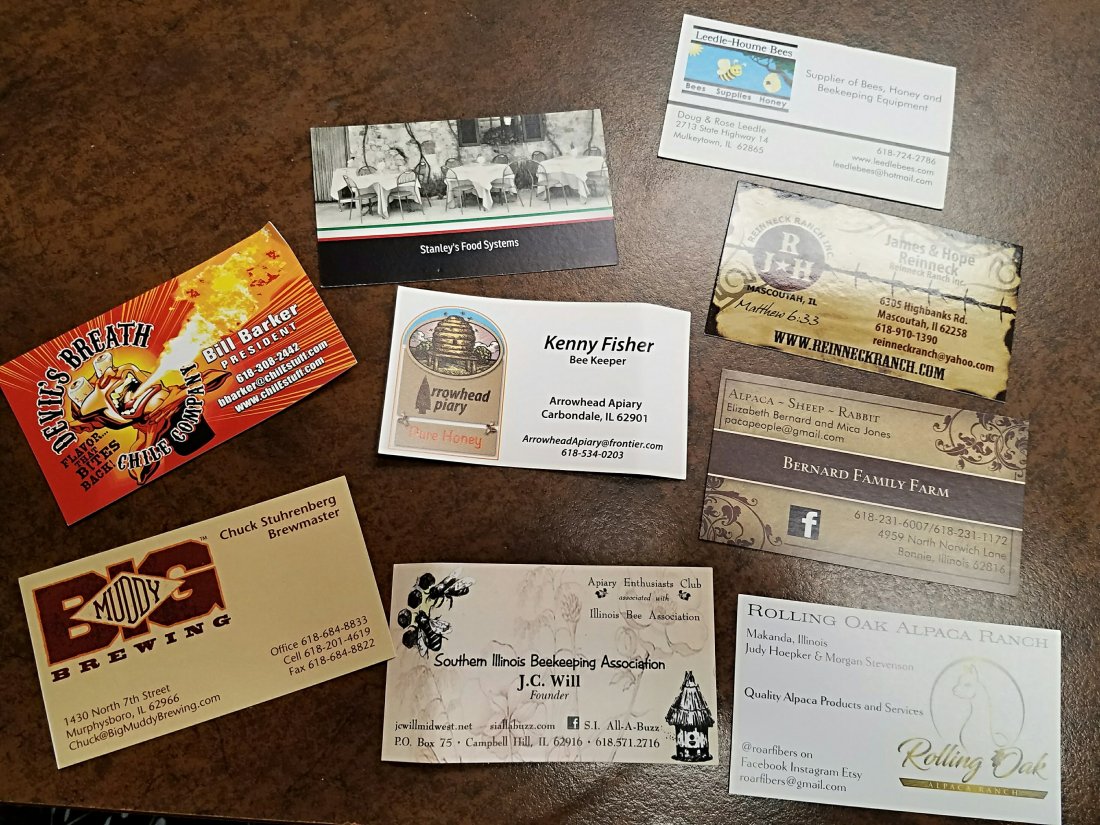 The Southern Illinois Beekeeping Association was on site with local honey and products made with it, such as Big Muddy Root Beer. 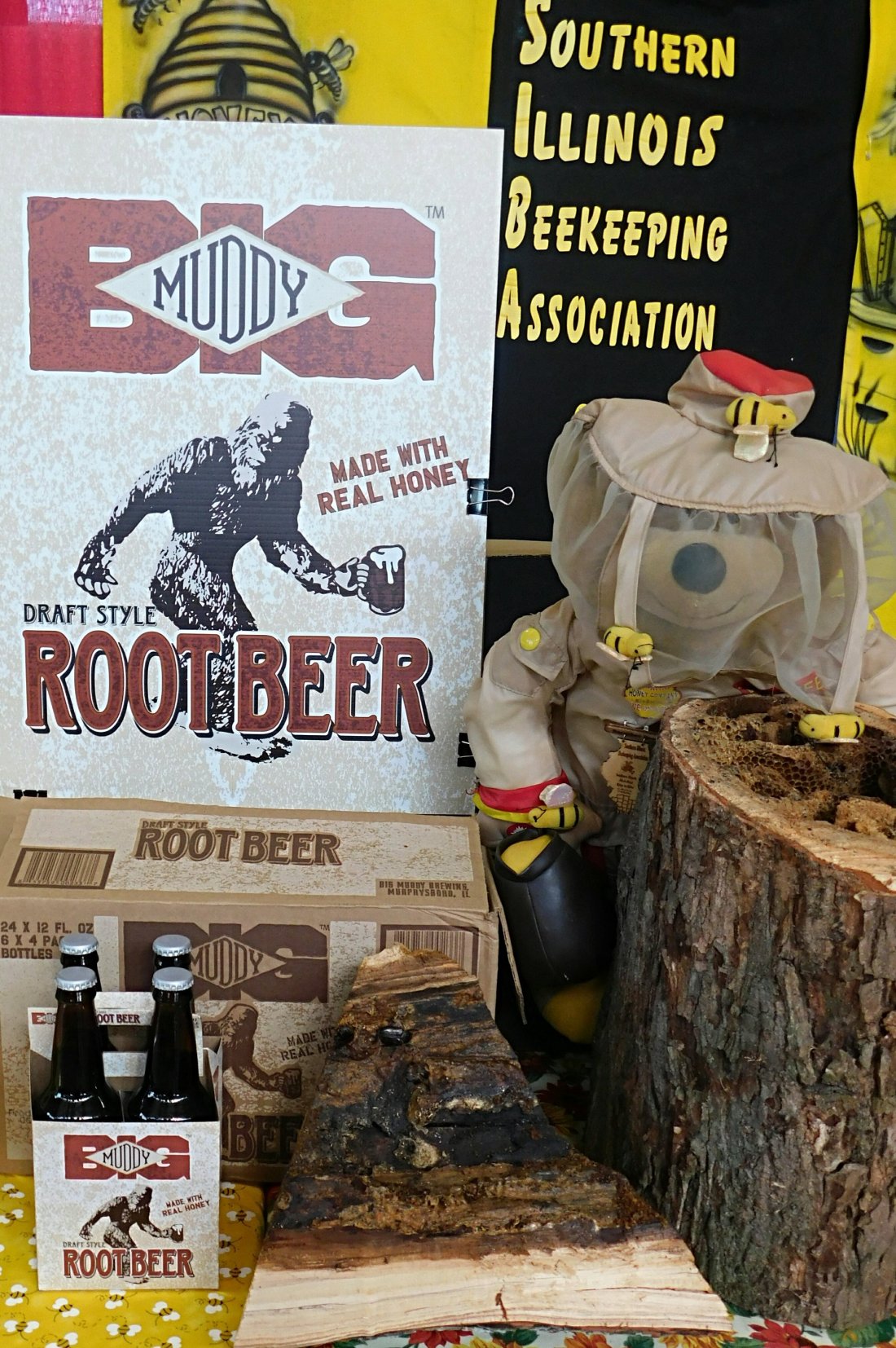 Rolling Oak Alpaca Ranch had a demonstration going as well as some of their fleece products. The little pumpkins were adorable…

Devil’s Breath Chile Company had some wonderful samples. They of course make some hot products, but the beef I sampled was a milder option with quite a nice balance of flavor.

Reinneck Ranch Inc. of Mascoutah also had samples and some wonderful products on hand.

There was fresh produce on site, and even the guys from Crown Brew were available to serve decadent coffee concoctions. 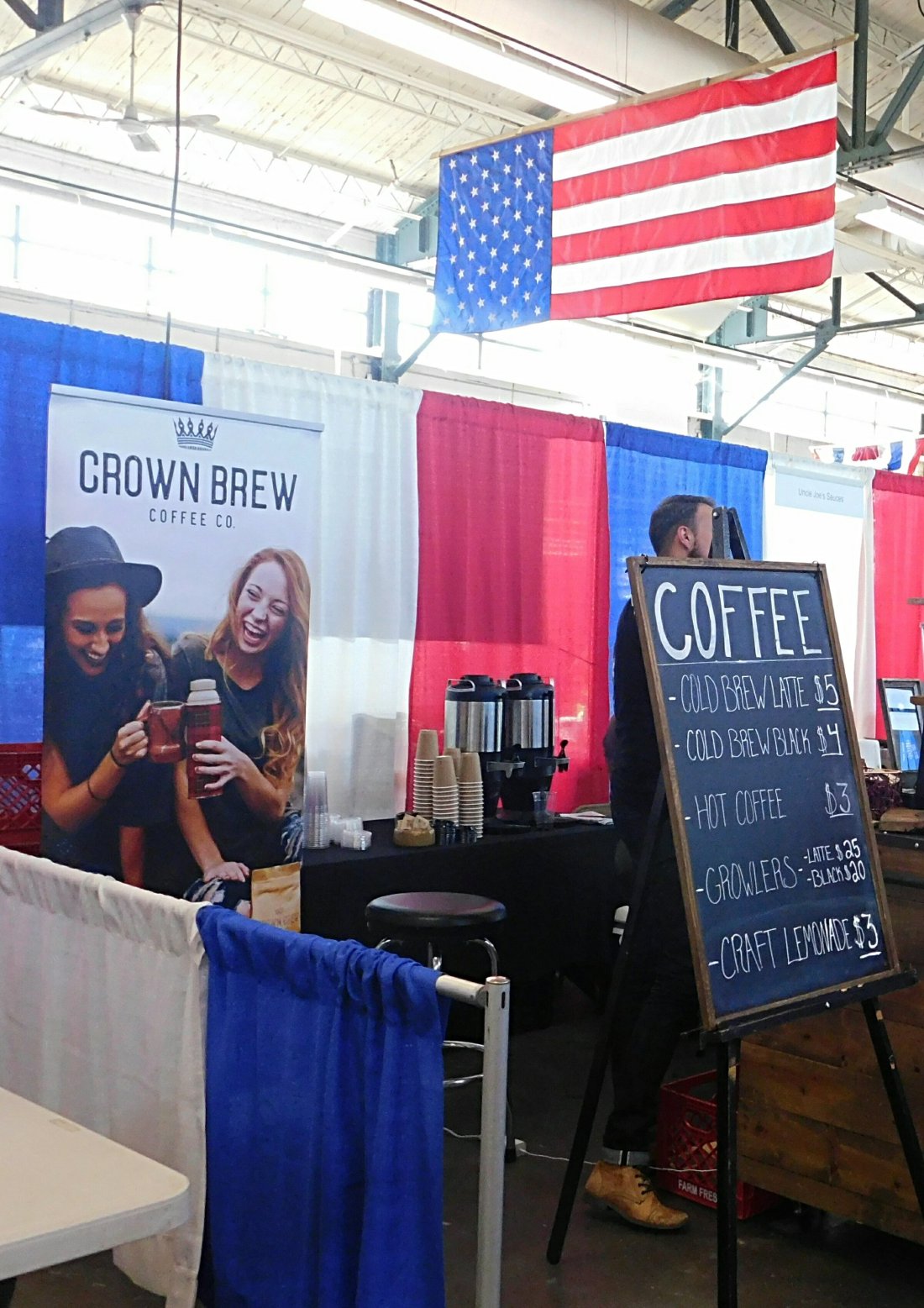 The BBQ Popcorn that Uncle Joe’s from Ina has started making was very tasty. 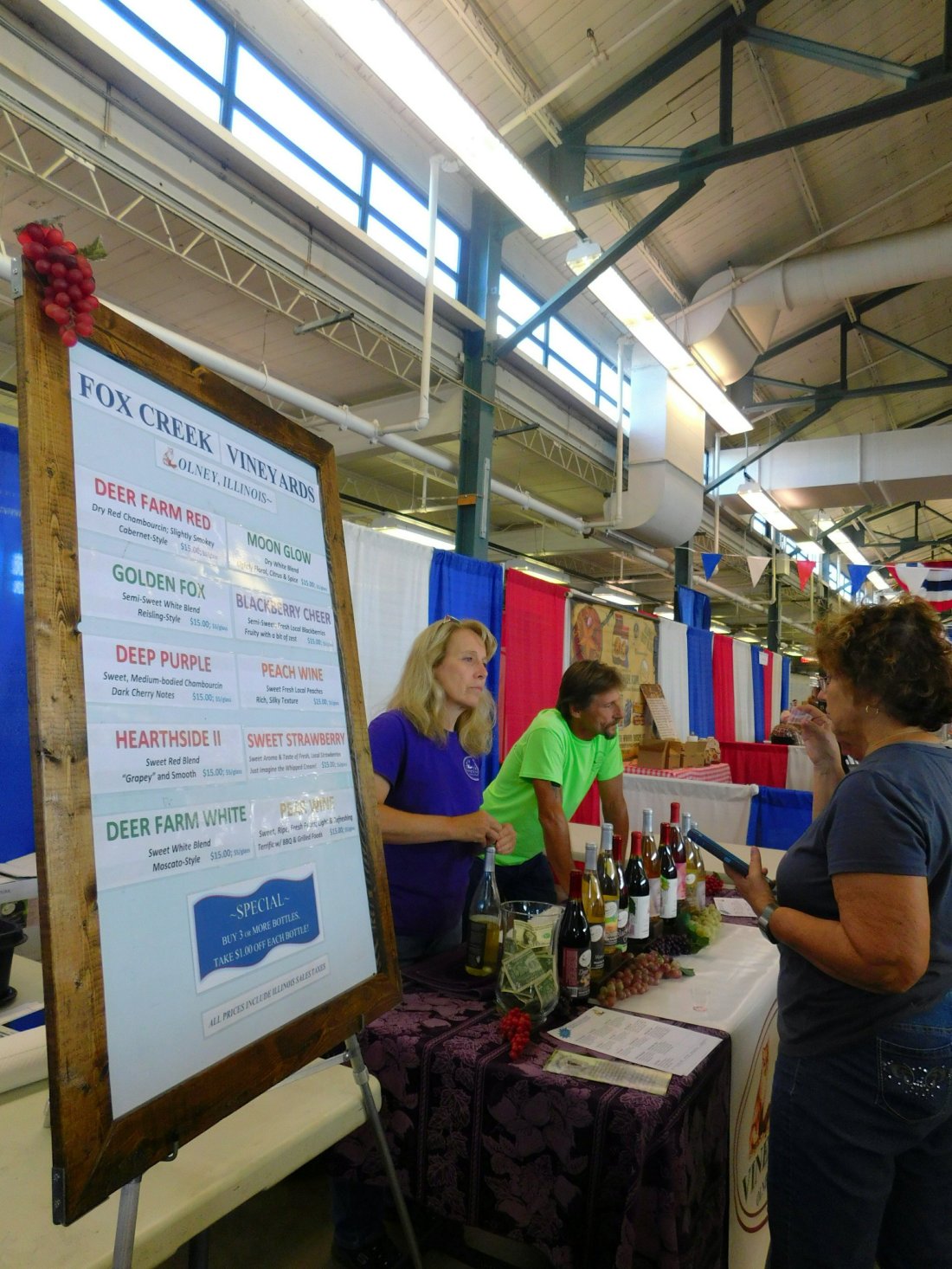 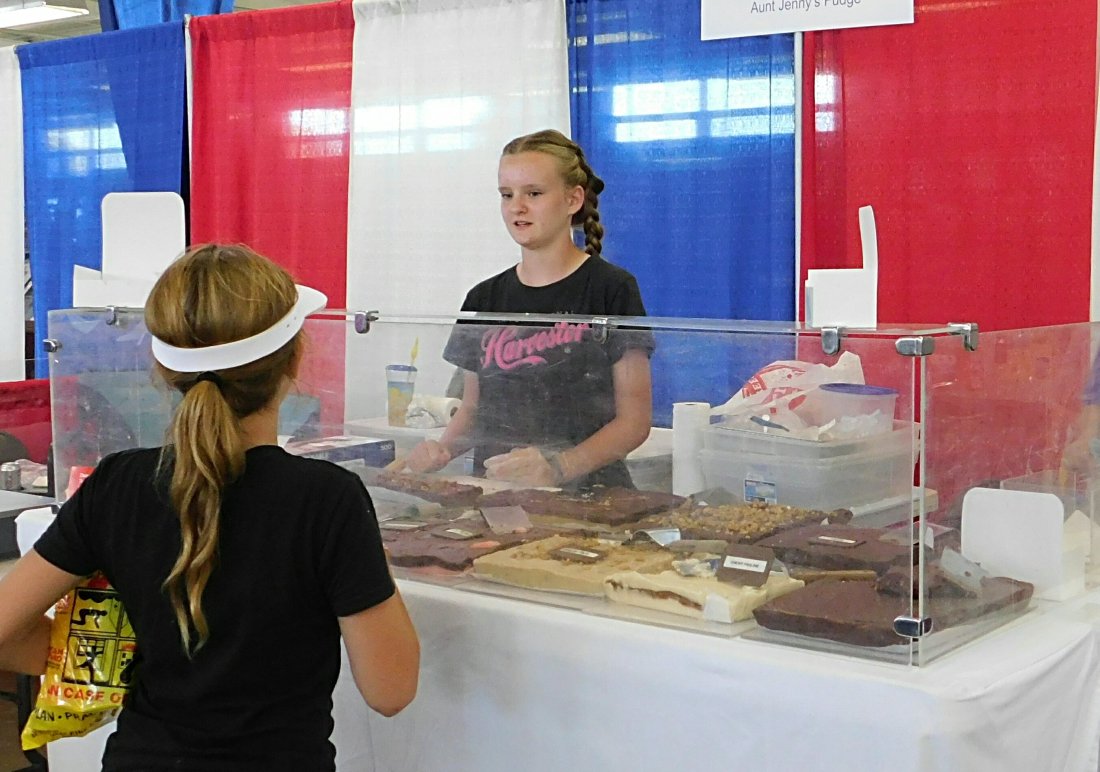 Louie’s Seasonings, as in those used at the historic Louie’s P & R in Herrin, were available as well as Kuntry Kettle apple butters.

Stanley’s Italian Style Beef Seasoning from Harrisburg had samples of Italian beef. Mr. Stanley was kind enough to pose for the camera. 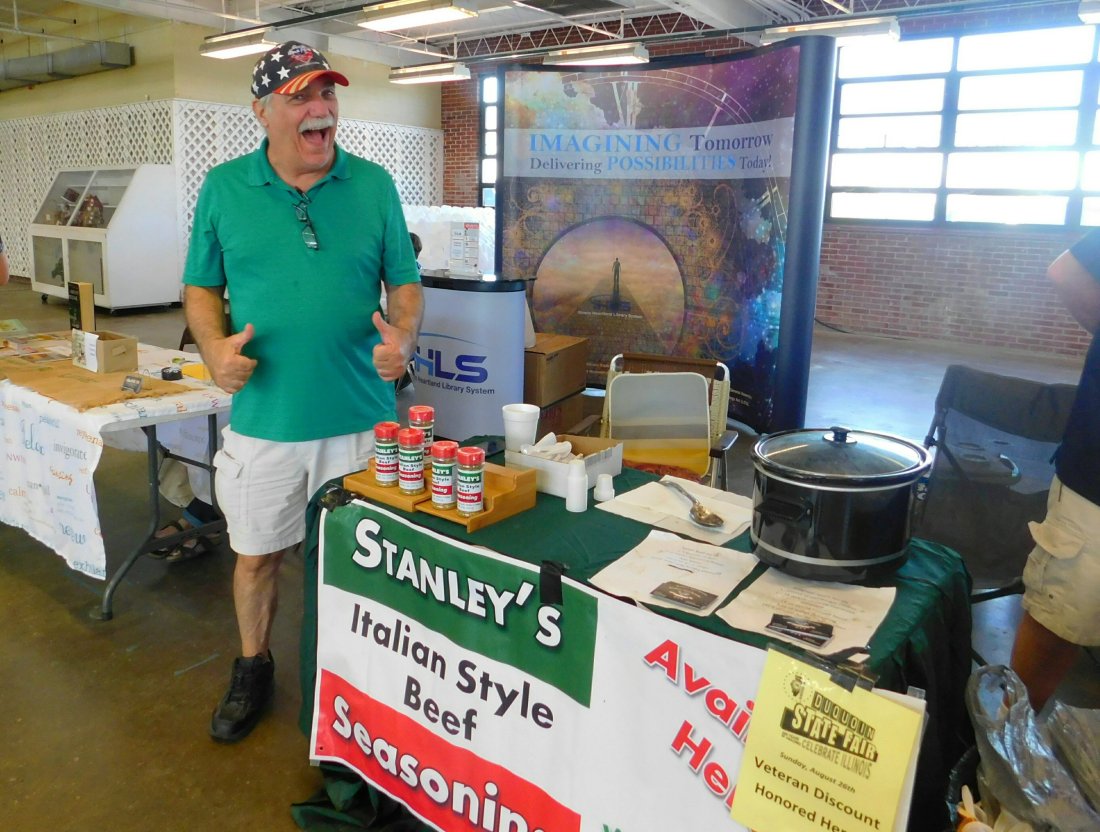 There was so much delicous-smelling fair food to choose from when it was time to eat. I chose a local food truck with a cause that hit close to home. A bit of online research revealed that Fight Like a Girl was created by Du Quoin’s Marcy Robinson and her husband Les in memory of her sister, Kristina Stacey.

The ribbon fries with cheese were awesome! 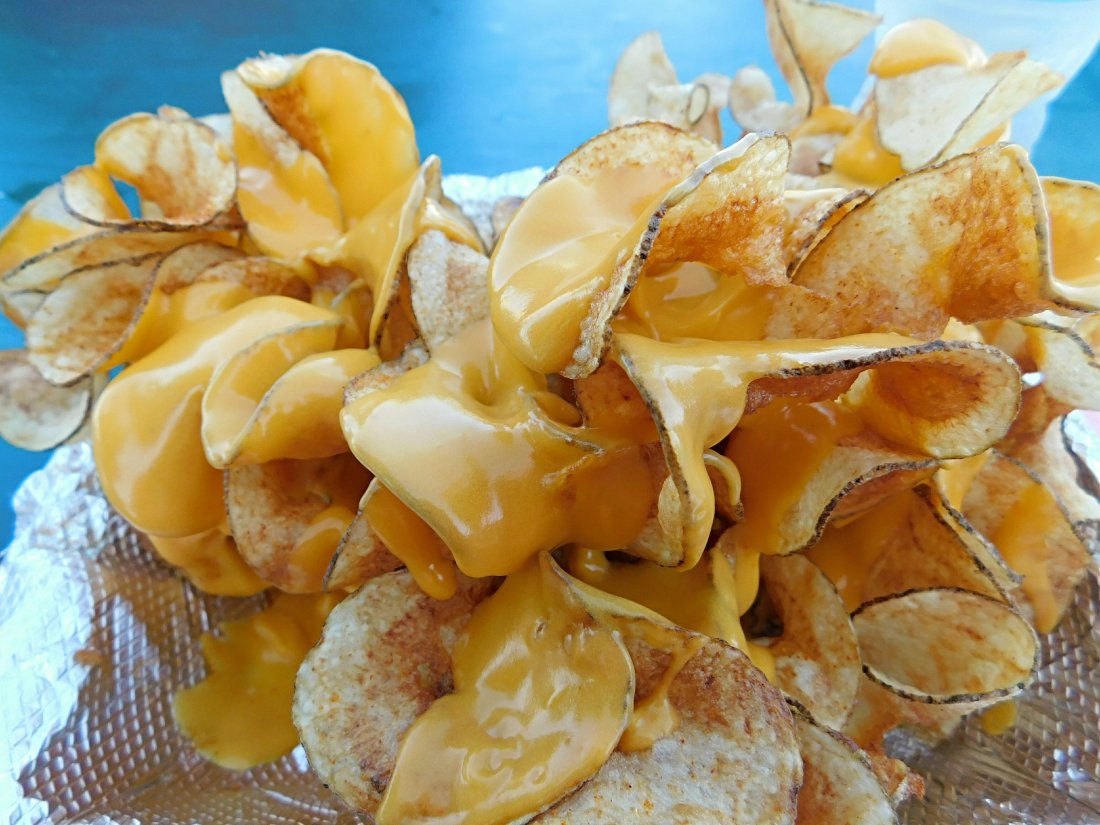 I walked through the midway, but after recently spending months fighting nausea during chemo, I passed on any rides. While my kids and their friends enjoyed the midway action, I took a LOT of photos. Imagine that… 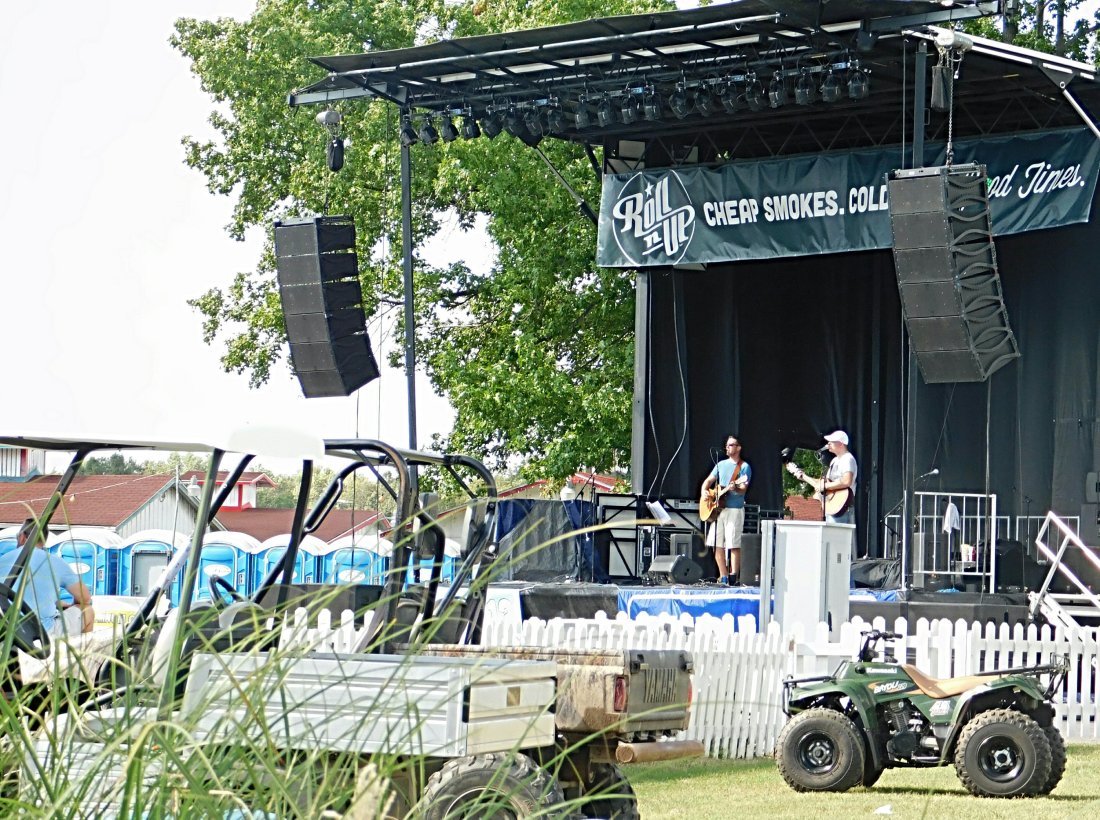 The ever-popular “Free Bird” was observed in its natural habitat. Ok, perhaps it wasn’t the original band singing the song, but this band was pretty darn good. The guy singing had a great voice. 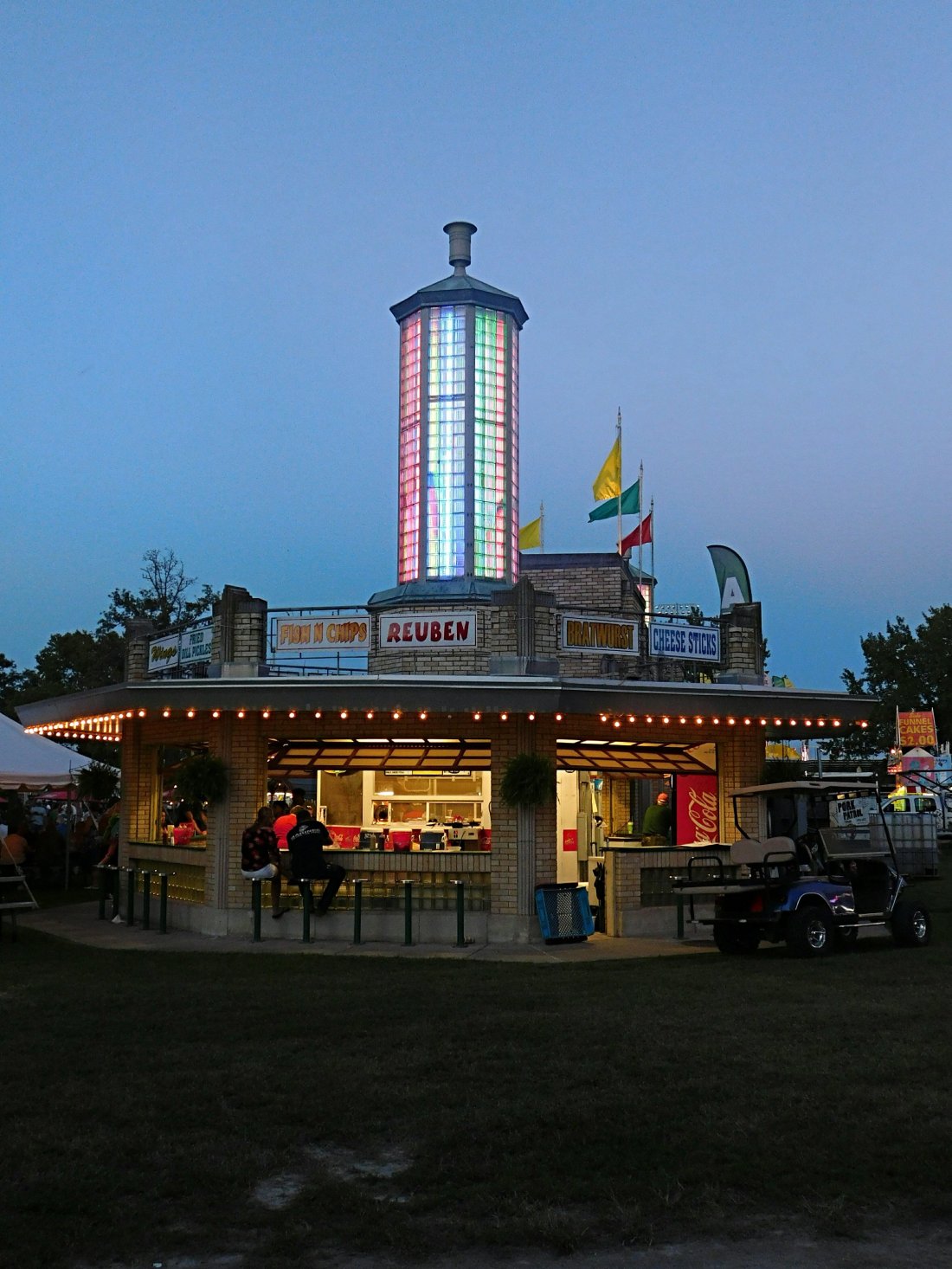 After many decades, people still gather at this iconic structure to eat and perhaps rest a bit at the tables. As I’m still trying to rebuild my energy from this past year, I rested often. I was thankful for every bench and picnic table at the fairgrounds!

Livestock and dairy shows are still part of the fair’s backbone. I was sad that I missed the dairy goat show (this girl showed dairy goats for 11 years in 4-H. Tonti Broken Arrow Carpris, my family’s farmette as a kid, was a proud member of the Southern Illinois Dairy Goat Association…) but did see some cows. Horses also make up an important part of the fair. Unfortunately, I did not make it to see the stables this year.

Above: The grandstand in the background of the children’s area. I empathized with all parents pushing double strollers and wagons as I remembered the days when Mija and Mijo were energetic toddlers… At least it wasn’t muddy. That always added to the resistance workout.

Below: The midway as photographed from its North end. It seems the kids have now graduated to this side of the food vendor area.

This site uses Akismet to reduce spam. Learn how your comment data is processed.